Baeonci is back with a new edit featuring all of our favorite skaters. We will be back in CPH/Malmö soon, hit our line.

I had to stop and think about it, the general attitude has become more punk in recent times. But I didn’t really see an increase in the Punk music I did, however, start to notice another musical current rising up (pun intended). Caribbean music, especially Reggae has made its way into the video side of contemporary skateboard culture.

Punk, Reggae and skateboarding the links between these forms of expression are not that outlandish, despite a strong difference in style they are closer than you might think.

Let’s start with connecting Punk and Reggae, this snippet supplies a short explanation into their worlds.

Now that we established that there is some common ground between the two scenes.  The next step is to find a connection to our own sub-culture.

For those of you that are aware of skateboarding’s history, you know that skateboarding started as a DYI (Do It Yourself) culture. The DIY attitude was firmly embedded into us from the moment a pair of roller skate axles were screwed onto some wood and it continues to live on in every one of us who chooses to customize his or her board or fix a spot.

Even though we did a lot of research it is hard to pinpoint the moment when Reggae entered skateboarding. We did, however, find an early example of a part set to skateboarding.

Since it is hard to pinpoint the exact moment, we can only guess. We do know that places like New York, have had a strong Caribbean community since the early 1900’s so it could be that it happened when skateboarding got known in these communities cultures collided and merged. Black skateboarders historically talked about a backlash withing their own community who considered skateboarding a white activity. But as skateboarding started to become popularized and it had its first peak the diversification process had already started and parts like the one bellow where the result.

Keith “Huf” Hufnagel’s part in Penal Code is an early example of how to combine skateboarding and reggae music (1996).

Then things seemed to take a backburner for a while and truth be told, my generation did not grow up watching these parts. To us, Reggae was this cliché thing about weed and dreadlocks. It felt like a very small thing in our skateboard world, There were some moments I.E: when Tosh Townend skated to Lee Scratch Perry or John Cardiel who skated to Sizzla but to be honest it felt more like a one-off thing to us.

An entire brand dedicated to the genre (Satori, Roots and Culture, 2004).

In the mid-2000’s things seemed to be more divided, not only the image of the brand but the image of the skater became increasingly important. It was the start of what we see today, you can be a super good skater, but are you relatable, inspiring and do kids want to skate, dress and be like you?

Some brands were basing or at the very least connecting their image to Caribbean culture. In doing that they spoke to a new audience and created a platform for Reggae style skaters I.E. Matt Rodriguez.

At the end of the 2000’s things started to change back to Penal Code times, there were multiple videos that for lack of a better term casually used Reggae music in people’s parts.

One of the videos that had a big influence on me was “The 103 Video” A video with fluent editing and an even better song selection, it changed my opinion on Reggae/Dub/Dancehall. It wasn’t that I couldn’t hear the quality or that I was incapable of liking the music but the video combined the music in such a way that I started to see the diversity instead of the genre’s clichés.

Today use of Caribbean music has become commonplace in both skateboarding and pop culture as a whole, Supreme used it in their videos and collections and pop star Drake works with Caribbean artists, talks about Caribbean “Tings” on tracks with a Caribbean style rhythm.

2017 will show if this will continue as a mainstream movement or if it will return to the fringes, either way, we suggest you spend some time doing your googles, reading up and engulfing yourself in the world of Caribbean culture.

Leave it up to Bill Strobeck to further influence the youth (Supreme, Pussy Gangster, 2016). 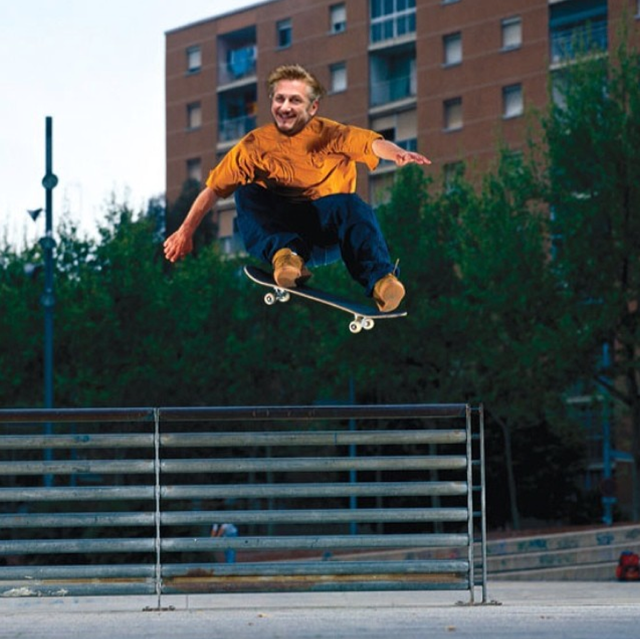 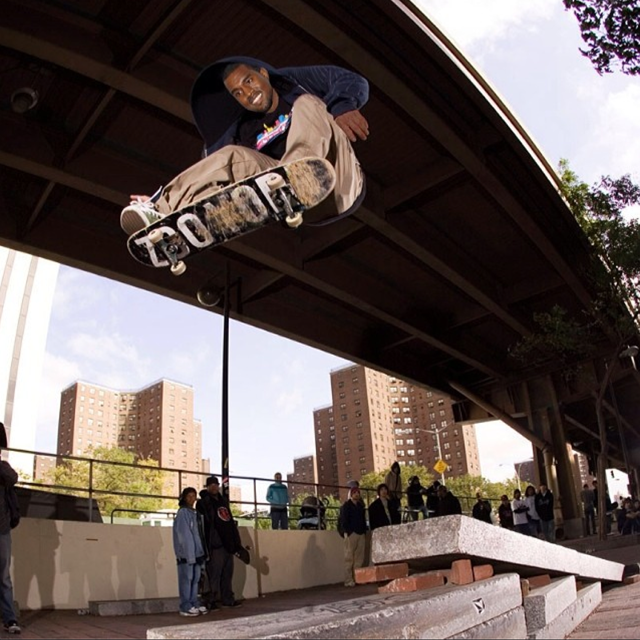