The stripes showing us their newest offering just before Christmas time. Let’s be honest though any new Gustav footage is definitely a “Christmas came early” type of situation.

A 15-minute journey into one of the least explored (in skating) parts of the world. One of the nicest details about adidas projects is how the always change the language on the tongue of the shoe to the language of the region.

Rodrigo does things right, this part bares his brother’s skate shops name and accordingly, most of this part seems to be filmed in Brasil.

Maybe it is a coincidence but maybe it is a message that your skating looks best where you developed it and you must never forget that. Chapeau TX!

Sometimes you are reminded of classic footwear by someone who doesn’t “own” the model. The original Busenitz Pro shoe is a timeless model that will go down in skateboard history.

But as Dennis says himself Rodrigo has been wearing his own shoe more than he has and thus the Rodrigo TX x Busenitz pro was born.

Enjoy this video celebrating a sensible move by two greats.

The Matriz skate shop in Porto Alegre, Brasil, has gained international popularity through its legendary and loyal teamrides such as Luan Oliveria, Rodrigo TX, Carlos Iqui and more. Recently, the team joined together for a one day session on an empty street soccer court.

Adidas went all out for this one, almost the whole team came to the city of angels to skate and hang out. But even though all the heavy hitters were there it was the new addition to the team Magnus Bordewick who outshined everybody with his pop and non-conventional style. Norway keeps on giving us new and interesting skaters.

Let’s be honest, this was a great idea by Mr. Mulhern because by taking the footage from this “Away Days” trip to Taiwan he created something new, something fresh. It shines a light on some of Dennis’s best lines, all in all, a great plan executed well.

Eric Koston and Guy Mariano started a new company called NUMBERS. Watch this video of them having fun with the rest of the team, which is Rodrigo TX, Miles Silvas and Antonio Durao, while some dramatic piano music is playing.

The time has come! Today Adidas Skateboarding’s biggest project Away Days has its online premiere and is available for the next 24 hours before you can buy it on itunes tomorrow. No more words needed. Enjoy!

While currently the premiers of Away Days are taken place all over the world the Far & Away episodes further on provide us with interesting insights. This time we can see how Dennis destroys his own backyard, Donnelly shows tremendous pop, and Nak runs the dice game.

This episode documents the stay of the Adidas team in London and shows some delicacies on rough English spots.

The fourth behind the scenes episode is about the mental and physical struggles the Adidas team riders had to face while filming a full part but it also shows some very nice appetizers for the Away Days video, as well.

The third installment leading up to the release of the new Adidas tomorrow in LA. This one is mostly about the international vibe of the team but since we already spoke on that lets just say that it is about Chewy Cannon. Chewy is one of the best! Why? Because he can do an ollie on flat ground in a line and still have it look better than your nollie tre flip, in addition to that he skates fast and on the nicest terrain. So yeah Chewy’s part is probably going to be one of the best in the video.

The second installment of the Far and Away series is here and it features one of life’s most important lessons, share your wealth and share your opportunities with other people so you can grow together.

If you by any chance missed the first episode click here to see it.

Adidas presents us with episode 1 of the Far & Away series. This series provides us with some small previews of what we can expect from the video, at the same time we still don’t fully know what to expect from the Adidas crew. All in all this episode is a good little teaser to get you excited to see the video.

Adidas has joined the rubber toe cap bandwagon but somehow they managed to do it in their own inimitable way. The team is skating the shoe a lot, Puig’s insta feed has been full of clips of him skating this shoe and it is our opinion that if the team is skating a shoe it means that the shoe is good.

Rodrigo TX is known for his powerful and stable skating and moreover is armed with such a strong pop that he almost seems to leave cracks on the ground whenever he hits his tail. To celebrate the new DGK x Adidas collabo collection this re-edit of his last year’s footy was launched. Here we go! 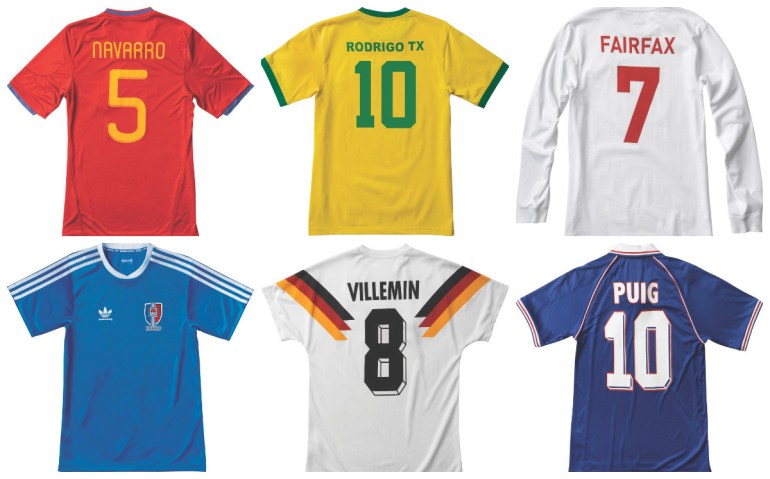 https://place.tv/tag/rodrigo-tx
We use cookies to ensure that we give you the best experience on our website. If you continue to use this site we will assume that you are happy with it.Ok