Marc-Alexandre Barbier is a young man from Paris’s suburbs, we met him and his crew out in the French capital, they are a band of young skateboarders who roam the streets. At first glimpse, I thought Marc-a was going to be a kid who only rips at spots with “good” pavement (you know the type) but I was proven wrong almost immediately interesting enough. You can tell by looking at these photos that sometimes he likes it rough, sometimes he likes it smooth but he always makes the trick look nice! I think it was Benjamin Debert who told us that the guys from the suburbs often seem to be the most motivated “They have to ride the train for an hour or more just to get into the city. So, once they get here they want to use their time to skate!”. That definitely goes for Marc-a who in our eyes is one of France’s biggest up and coming skaters and if you saw his part in the De Paris video yesterday you might be thinking the same thing! So we asked a mutual friend of ours to interview Mr. Barbier so you can all get to know him.

Hi, Marc-A so this is your first interview, right?

We just filmed your last tricks for your « DE PARIS » video part. Can you tell me more about that ?

Yeah, I was under pressure during the last 3 months I filmed a lot with Guillaume Perimony and yourself (Augustin Giovannoni).

So can you tell me what the « De Paris yearbook » video project is about?

It’s gonna be a 10-minute video and I am going to have a 3-minute section together with Maceo (Moreau) a shared part! I am stoked! It’s my very first “real” part ever. I did some other things before but I am a lot more satisfied with this one! I did a little left over part last month for my local skate shop. As for the De Paris projects Zeb (Thomas Busuttil) and Stéphane Borgne manage that, and this video is in celebration of De Paris’s third edition.

I heard people say that Yann Garin might have a part?

That would be really sick! Yann has been my favorite skateboarder since I was a kid!

So, how exactly did you meet the PLACE guys?

I just saw some lost Germans at République, Franz, you and I went over to them and we ended up deciding to skate with them for a couple of days. A couple of months later I went to Berlin and I met up with them once again.

Have you seen the Roman’s (Gonzalez) cover for PLACE? The one he shot with his phone? How do you feel about the increasing role of the cell phone in the today’s skateboard world?

Yeah, Roman is the best! He has a great style whatever he tries to do, it’s always something cool!
Instagram used to be cool up until they decided to stretch the length of their video format from 15 seconds to 1-minute, for me 15 seconds is the right length for a for a social media video. 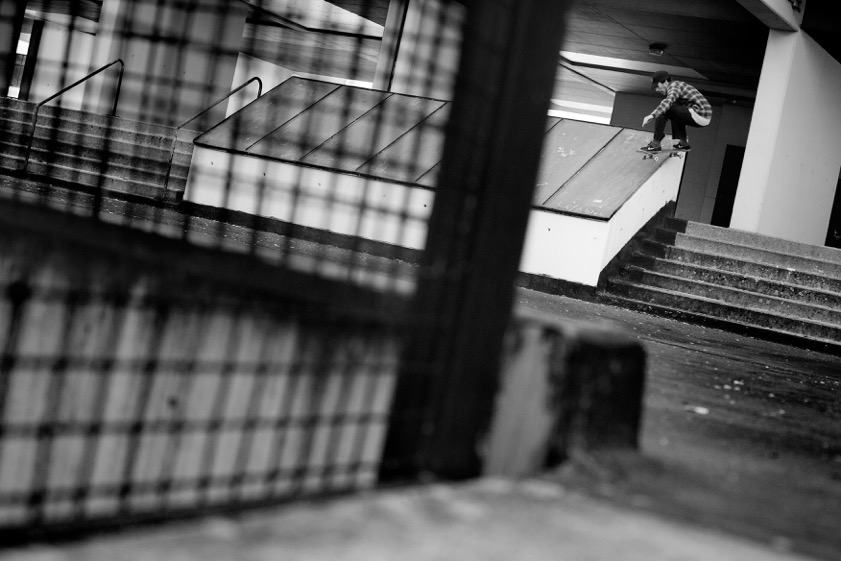 Ollie into the hubba – Photo by Biemer

You were in Berlin to meet the guys from Chill or Die, right?

Yeah, I went there to visit my friend Bapt Chill, he is the owner of Chill or Die. It’s a pretty nice clothing brand, with a sick team (Matt Debauche, Benji Russel, Covo…)

Do you want to go back to Berlin this summer?

Yeah for sure! They invited me to come back to their house. We had such a good week in Berlin. There are a lot of spots, nice people, good places to hang out and good places to eat like Dunkin Donuts…(laughs)

Sounds nice! I want to join the party too, it seems to be the “Dolce Vita” (laughs). Back in the day, you went on a lot of trips you visited Switzerland, Italy, Spain, Germany, England, and Greece. What was your favorite country and what was the best trip?

Well, my father has been living in Switzerland for about 10 years now and I visit him every summer, I use to skate with Sven (Kilchenmann) and Kilian (Zehnder) a lot when I was out there!
As for your second question, all of those trips were really nice but I particularly remember a trip to Italy with the Niaks crew, that was my first “wild trip”. We traveled in a van and every night we were like “oh we don’t know where we are going to sleep tonight” it was an adventure and I really enjoyed that!

You just featured in a project for Nike SB as well right?

Yes, it is a short video for the European contest series, the clip was to introduce Paris and the Parisian spots. It was an introduction for the 2016 Paris AM contest.

Do you deliberately tweak your switch Ollies ?

Yes and No, I feel more comfortable when I tweak my ollie out! (laughs) 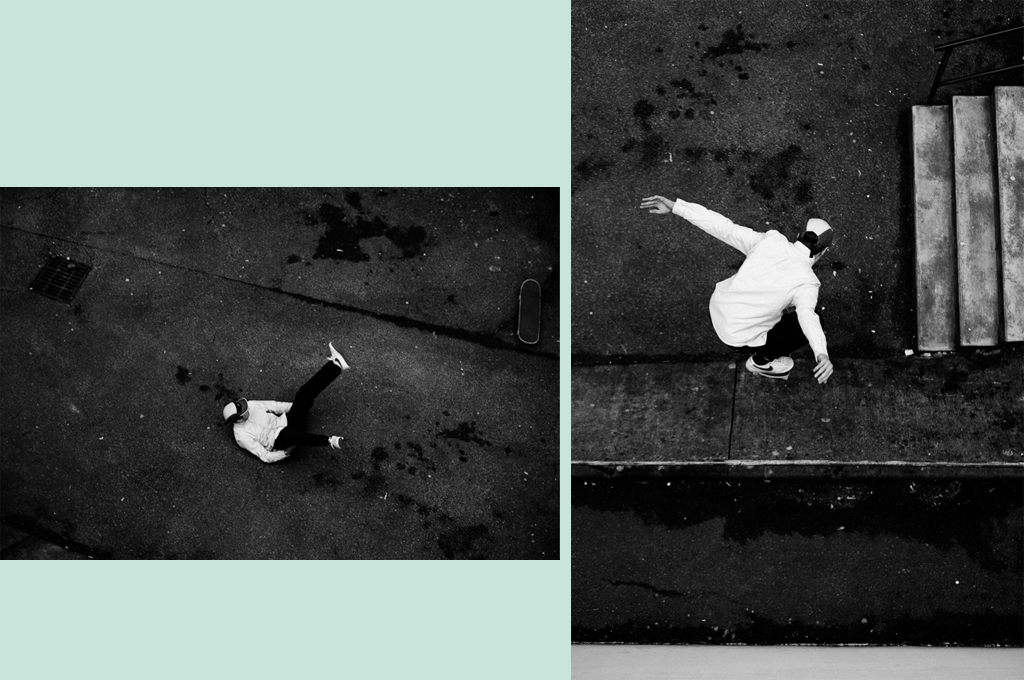 Tail Drop into the bank – Photo by Danny Sommerfeld

What kind of stuff influences you as a person?

I notice you like to shop at second-hand shops

(laugh) Yeah, I like to shop there because you can find all sorts of things!

I found an old-fashioned Nike jacket in Berlin and I was like “wait everybody I want to go in this shop… I think”.

You almost have your baccalauréat (the French high school diploma).

Yes, I haven’t worked that hard this year, because I am obviously always thinking about skateboarding and I am under some pressure to get it but I think I’ll manage!

So what do you want to do when you get out of high school?

I want to go to a design school, The first year they let you experiment and we get to try a lot of different courses. It is going to be cool!

So does that mean that you wanna stay in Paris for the next couple of years? How do you feel about Paris at the moment?

Paris is cool the scene is sick, I have my crew with Franz, Martin, Maceo, and you (Nnoni)! But there are always multiple crews out and about so we tend to skate with everybody, it’s really nice ! 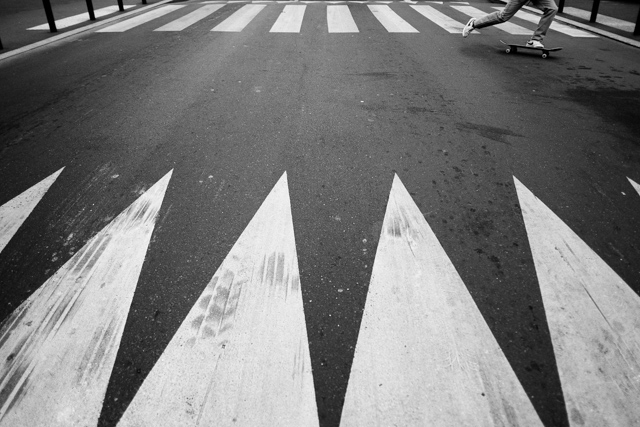